When Your "Jokes" Get You in Trouble 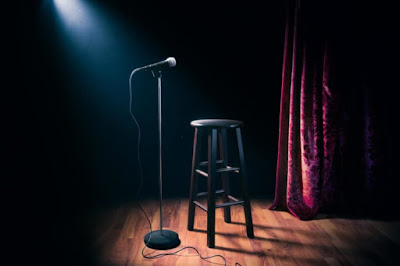 Everybody loves a good laugh. We feel better when we hear something funny and our anxiety or pain is eased because humor has come as a balm in a tense day. Laughter is beneficial to our emotional and physical health. Well-placed humor works easily in a lot of ways when we are telling stories, but can also come at a huge cost. If we joke about a topic that is sensitive to many, and we do it in a public forum where our intent can be misconstrued by the audience, then we can create a firestorm of frustration for ourselves and them.
A recent example of a humor faux pas involves rapper T.I. and his comments regarding how he checks for his daughter's virginity.  He claimed in a podcast that when his 18-year-old daughter goes to the gynecologist, he tells the doctor to check her hymen to make sure it's still intact--an indication that she is still a virgin. Though this is not an accurate test of virginity, T.I. says he told the doctor: "...just check the hymen please and give me back my results — expeditiously." These comments sparked immediate backlash for him and embarrassment for his daughter. Now lawmakers in the state of New York have introduced legislation to prevent virginity testing based on T.I.'s careless comments.
T.I. has since attempted to walk back his comments by saying his intentions have been "terribly misconstrued".  He's also said that he's "incredibly apologetic" to his daughter, and that he's more sensitive to what those kinds of statements have done to her.
T.I. is not alone in making inconsiderate statements in a public environment that have hurt or angered others, and he won't be the last. Therefore, I offer these three thoughts to keep in mind before you joke about a subject that may offend someone else including whole populations of people:
1)  Think about who your statement is going to affect. If, for example, you plan on taking a light jab at a profession like teaching, consider the impact on the people who actually do the hard work of teaching every day and the struggles they face. Would they think your comment is funny or hurtful? Regardless of your intention not to be offensive, think about them first and not your intention. Your intention doesn't matter if your statement has the potential to anger or gut punch someone. Just don't say it.
2)  Examine the statement for bias and prejudice. If it is, who will find it prejudiced and get angry about it? Comments regarding race, gender, physical form and abilities, class, religion, sexual orientation, culture, ethnicity, and every other area that makes us different should not be a part of your standup routine unless you're an actual professional comedian being paid to put on a show.  And even they sometimes get in trouble for crossing the line. Cross one on your job, and you or the company could face lawsuits, lose employees and customers, and revenues can take a hit. These "jokes" can mean serious business.
3)  Ask yourself, what's the potential damage to me if I make the statement, and is it worth it? People have lost their jobs and even careers by making careless and inappropriate comments (i.e. Roseanne Barr, Gilbert Gottfried, Kathy Griffin). Moreover, in this new era of "cancel culture" where the public outcry is often blaring, bosses have had to make dramatic decisions to cut ties with talented and knowledgeable people.
These three steps are not exhaustive in avoiding telling jokes or making flippant comments that can get you in trouble, but they are a start. Keep them in mind before you find that the joke is really on you. These are small actions that offer big benefits. Heed the warning.

How to Talk About Race: A Panel Discussion

The Words Coming Out of Your Mouth

August 23, 2019
From the Christian bible, there is a verse that says in part, "For out of the overflow of the heart the mouth speaks."  Since I'm big on diplomacy and tact, this scripture resonates emphatically with me because it challenges us all to think about what we are hiding in our hearts.  If our words reflect what our heart holds, then is our heart loving and optimistic or is it hateful and negative.  Are we harboring revenge, and its spewing forth in language that destroys another person's reputation?  Or are we hopeful for someone else's success; therefore, our words about them are encouraging and helpful?               In this present day, words have been used to create division among entire groups of people, not just individuals.  We are wielding them like a reckless drunk with a gun in a crowded venue.  We say them without a lot of thought, or if we are thinking, those thoughts are selfish and superficial.      It is time that we start doing more self-exam
Post a Comment
Read more

December 09, 2019
Trust seems to have gone missing these days in almost every aspect of society. The value of it in relationships has been taken for granted, and many people have a wait-and-see attitude about trusting others. There are those who say, "I'll trust you until you give me a reason not to", and there are others who say, "I'll trust you when you prove you're trustworthy." It takes a very long time to get people to a level of comfort where they can let their guard down and be less judgmental about a person's integrity. However, once trust is broken--and it can result from a single egregious act--it may never be restored. Even if it is, it's not likely to make it to full restoration. There's likely to be the barrier of a small amount of lingering doubt along with the memory of the pain felt from the betrayal.  So what needs to happen to weld together a new relationship. The old one has been damaged so something new must happen. Thre
Post a Comment
Read more