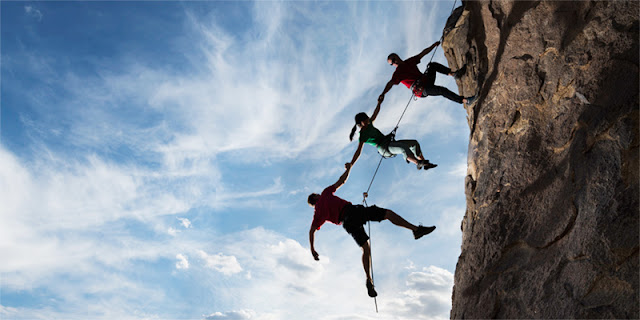 Trust seems to have gone missing these days in almost every aspect of society. The value of it in relationships has been taken for granted, and many people have a wait-and-see attitude about trusting others. There are those who say, "I'll trust you until you give me a reason not to", and there are others who say, "I'll trust you when you prove you're trustworthy." It takes a very long time to get people to a level of comfort where they can let their guard down and be less judgmental about a person's integrity. However, once trust is broken--and it can result from a single egregious act--it may never be restored. Even if it is, it's not likely to make it to full restoration. There's likely to be the barrier of a small amount of lingering doubt along with the memory of the pain felt from the betrayal.  So what needs to happen to weld together a new relationship. The old one has been damaged so something new must happen. Three things in particular will help if this applies to you:
Rebuilding trust is difficult and at times painful. But the alternative is much worse. Though the journey may be long and even awkward, the final payoff will be worth the work. Is there a need for restoration of trust in relationships in your organization? If so, let me know what you're doing to make it better.

How to Talk About Race: A Panel Discussion

The Words Coming Out of Your Mouth

August 23, 2019
From the Christian bible, there is a verse that says in part, "For out of the overflow of the heart the mouth speaks."  Since I'm big on diplomacy and tact, this scripture resonates emphatically with me because it challenges us all to think about what we are hiding in our hearts.  If our words reflect what our heart holds, then is our heart loving and optimistic or is it hateful and negative.  Are we harboring revenge, and its spewing forth in language that destroys another person's reputation?  Or are we hopeful for someone else's success; therefore, our words about them are encouraging and helpful?               In this present day, words have been used to create division among entire groups of people, not just individuals.  We are wielding them like a reckless drunk with a gun in a crowded venue.  We say them without a lot of thought, or if we are thinking, those thoughts are selfish and superficial.      It is time that we start doing more self-exam
Post a Comment
Read more